For much of the 20th century, young sailors helped to protect America while serving onboard U.S. Navy, Coast Guard and Merchant Marine ships. 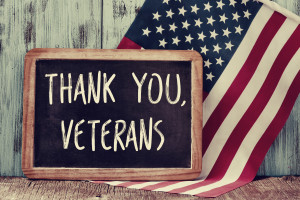 Today, some of them are fighting for their lives because of a silent enemy that was present on those vessels.

Shipbuilders frequently used products containing asbestos in the construction of military ships.  On carriers, battleships, carriers, destroyers, submarines and countless other ships and military boats, asbestos was used in hundreds of applications.

Tiny, dust-like asbestos particles filled the air inside those ships—asbestos that our servicemen and servicewomen breathed.

The result has been tragic.  No one knows how many veterans became sick with asbestos-related diseases like mesothelioma, lung cancer and asbestosis.  What we do know is that Navy, Coast Guard and Merchant Marine veterans are much more likely to deal with these diseases than U.S. Air Force, Army and Marine veterans.

The one thing these victims had in common: Their service on ships and boats, where asbestos was so widely used.

It is not the Navy’s fault.  Blame lies with those companies that made the tens of thousands of products containing asbestos and that knowingly used those dangerous products.  In spite of the medical warnings that had been made even as far back as the 1930s, they continued to manufacture asbestos-filled products used in the processes to build and maintain military vessels.

As a firm led by a U.S. veteran, it is our honor and privilege to help U.S. Navy, Coast Guard and Merchant Marine veterans who have become sick because of their exposure to asbestos.  Our job is to investigate possible claims that may be made on behalf of veterans and their families and to award cash settlements.

Many of these men and women don’t know that they may be entitled to large cash awards from the asbestos trust funds.  Billions of dollars were set aside to help asbestos victims, including U.S. veterans.

If you are a U.S. veteran and are sick with lung cancer or mesothelioma, please call the Keahey Law Firm.  1-205-871-0707.  Let us investigate at no charge and find out whether you may be eligible for asbestos-related cash awards.