For much of the 20th Century, many thousands of Alabama workers were exposed to products containing asbestos. They went to work, they did their jobs and, because of asbestos, they risked their lives. 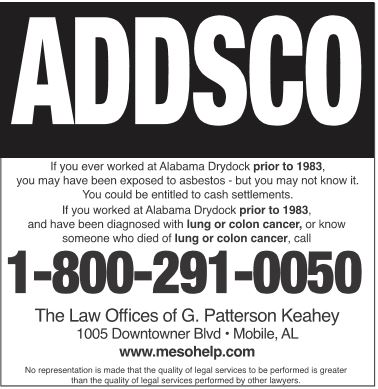 Today, those men and women may be battling asbestos-related diseases like lung cancer, mesothelioma and asbestosis.

It didn’t have to happen. As long as 80 years ago, asbestos manufacturers knew their product was deadly. But their greed got in the way of doing what was right.

They kept using asbestos in a broad range of products found at thousands of job sites across Alabama. When the asbestos was milled, sawed or in any way disturbed, tiny asbestos particles filled the air. Innocent men and women who were doing their jobs did not know they were risking their health simply by breathing the tainted air.

Because of the widespread use of asbestos, a number of jobs commonly found in Alabama placed workers at a high risk of asbestos exposure. Whether someone worked in any of the jobs below for an entire career or only during high school as a summer job, he or she was likely exposed to asbestos. The high-risk jobs include: