In the one hundred years comprising the 20th Century, the American landscape changed dramatically.  We became an industrialized nation that manufactured products used the world over.

Following WWII, the United States experienced a baby boom.  Our economy was strong.  Manufacturing jobs were plentiful.  From textile mills to industrial plants to refineries and paper mills, men and women went to work, they did their jobs and they raised their families.

They were unaware of the secret known by asbestos manufacturers—the companies that made and sold asbestos for use in thousands of plants and factories.   Those companies 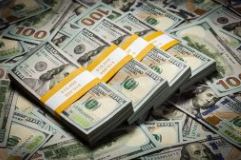 knew that exposure to asbestos was extremely dangerous.  In fact, company documents from the 1930s prove asbestos manufacturers had knowledge that asbestos definitely caused cancer.

They could have stopped making their deadly product right then.  But asbestos was profitable.  Driven by corporate greed, they kept making and selling asbestos.

Thankfully, asbestos is no longer manufactured or used in products today.  But it is still found in an untold number of buildings, homes and industrial plants.

As long as asbestos is undisturbed, its danger is minimal.  That was not the case, however, in literally thousands of industrial plants and factories through 1980.  Products containing asbestos were routinely sawed, drilled, sanded, cut and trimmed.  When any of those things happened, asbestos dust filled the air.

Men and women thought nothing of working in environments with no protection from the air they breathed.  They had no reason to believe any possible harm existed because of that deadly secret known only by the asbestos manufacturers.

Today, some of those hardworking men and women are sick with asbestos-related illnesses like lung cancer and a serious form of lung cancer called mesothelioma.  Yes, decades after being exposed to asbestos, they are just now becoming sick with diseases direct linked to asbestos.

Have you been diagnosed with lung cancer?  It may be because of asbestos exposure.  Have you been told you have mesothelioma?  That rare type of cancer in the lungs is directly linked to asbestos.

For more than 25 years, the Keahey Law Firm has been privileged to work with asbestos victims and their families.  Our job is to get multiple cash settlements for each of our clients.

What do you pay?  Nothing.  The Keahey Law Firm does not charge one penny for the work we do.  We will investigate a possible claim for you to see if you qualify for multiple cash settlements.  We are paid ONLY if we are successful in getting cash awards for you.

Why not call us and find out if you might qualify for large, multiple cash settlements?  You literally have nothing to lose.